A Note from Managing Director Michael Hurst on his Final Season 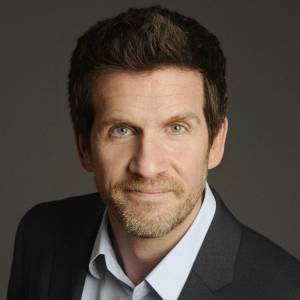 It has been an honor and privilege to work at Two River Theater for these past 11 years.

The vision of Bob & Joan Rechnitz, and the opportunity to continue my collaborative working relationship with John Dias, is what drew me to this amazing theater and community. The decision to join this theater was the best I have ever made. Now, after 11 years I will be stepping down as Managing Director in the summer of 2022.

I am proud of the work, both on stage and off, that we have accomplished. I am lucky to have been part of a team that made my work easy. John Dias has been a dream partner. John and I could not have succeeded without the brilliant and capable Two River Theater staff and our dedicated Board of Trustees, particularly Presidents Todd Herman and Ed McKenna.

Earlier this season, Artist Director John Dias shared the news of his resignation. He and I are leaving the theater in an excellent position. I look forward to joining you in the audience to experience together Two River’s continued success and extraordinary work in the coming years.

A Note from Board President Edward McKenna

I have had the pleasure of working with Michael since I joined the board in 2015. His deep knowledge, expertise, and leadership has established Two River Theater’s reputation as one of the most vibrant professional theaters in the nation. Under Michael’s tenure the theater expanded its physical campus to include our 36,000 square foot Center for New Work Education and Design and saw its first production, Be More Chill, move to Broadway following the global success and reach of the shows original cast album. On behalf of the board of trustees, I wish to thank Michael for his commitment and significant accomplishments – he will be missed!

My thirty-year working relationship with Michael Hurst is somewhat unusual for any profession. In the theater, it is rare and, perhaps, singular. Although it’s among the greatest partnerships in my life, its success has little to do with me. It is rare because Michael is rare. I love him and I am forever grateful. Shakespeare said this one best: when Hamlet, thinking of his father states: “I shall not look upon his like again.”

A Note from Artistic Director John Dias on his Final Season 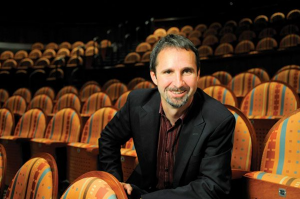 It has been an honor and a great joy to lead this organization, along with Michael Hurst, for the past 11 years. I have finished each day’s work grateful and convinced that I am the luckiest man in the American theater.

At the heart of Two River is an ambitious dream of its visionary founders, Joan and Bob Rechnitz: that this beautiful building in Red Bank, New Jersey shine as a beacon to all the hungry souls and weary travelers seeking a haven as powerful as any religion; that theater artists best tell the messy and beautiful truth of who we are; and that only in true communion with our neighbors can we see ourselves beyond our blind spots and endeavor to affect profound change.

I have said from the beginning of my tenure at Two River that—from my point of view—artistic directors have a cycle lasting roughly 10 years; that one should have a vision that can be accomplished in that cycle; that one must keep the theater urgent and forward-looking; and that there is a natural rhythm and a lifespan to this work. Then, it is time to move on. So, in June of 2022 I will be stepping down and handing off to the next, yet to be determined, luckiest person in the American theater.

Whatever spiritual wisdom I think I have accumulated comes to me from the gospels of the world’s great playwrights. Among the most meaningful to me, as a man of the theater, is Lorraine Hansberry’s statement from her 1964 play The Sign in Sidney Brustein’s Window which I take to be an expression of herself as a theater artist. She wrote: “I am a fool who believes that death is waste and love is sweet and that the earth turns and men change every day and that rivers run and that people wanna be better than they are.” It is in the theater, I believe, that we humans have the best chance of actually being that marvelously foolish.

I want to express my deep gratitude to all the people I’ve had the honor of working beside. The board of directors and its two leaders, Todd Herman and Ed McKenna, have never flagged in their devotion to this place. They, along with a loyal and adventurous audience, and an unusually generous and steadfast set of funders have all supported and challenged me and made me a better producer.

The many extraordinary artists who have ventured this way, write us plays and tread our boards—they are the heartbeat and the lifeblood. May they forever call this place “home.”

I have long said that the incredible team of producers, artisans, and administrators who make up the staff of Two River have no equal in the American theater. It is true. And the thought of being off that team causes me the greatest heartbreak.

My thirty year working relationship with Michael Hurst is somewhat unusual for any profession. In the theater, it is rare and, perhaps, singular. Although it’s among the greatest partnerships in my life, its success has little to do with me. It is rare because Michael is rare. I love him and I am forever grateful. Shakespeare said this one best— when Hamlet, thinking of his father states: “I shall not look upon his like again.”

And lastly and most simply, I say from my heart: THANK YOU to Joan Heilbrunn Rechnitz and Robert Rechnitz, you godly creators.

A Note from Board President Edward McKenna

Over the last 11 years John has brought his passion and care for theater to the community and we are all better for it. I have watched with great pride as John and his amazing staff built on the legacy of Bob & Joan Rechnitz by bringing a national spotlight to this remarkable theater. John’s support of artists, diversity & inclusion and education has been inspiring. The Two River Board is truly grateful for his leadership and we look forward to continuing John’s work and Two River Theater being a vital home for artists, students, staff, audiences and the community.

My time working with John over the past 10 years has been the most rewarding of my career. I am so grateful for his partnership, and friendship, particularly during the incredibly challenging past year. John arrived at Two River with a plan to bring world class theater artists to Red Bank, create a robust new work development program, and build a more inclusive community around this jewel of a theater. John, along with a remarkable staff, achieved that and more.

Since 2010, Artistic Director John Dias and Managing Director Michael Hurst have helped transform Two River Theater into one of the nation’s preeminent regional theaters. In 2019, Two River was nationally recognized by USA TODAY as one of “10 great places to see a play” across the U.S. During their tenure the theater increased the number of productions annually on two stages: the 349-seat Joan and Robert Rechnitz Theater and the 110-seat black box Marion Huber Theater. As a result of this growth, Two River now serves 55,000 people annually through a season of classics & new works, education programs and arts and humanities community events.

Under Dias and Hurst’s leadership, Two River has significantly increased both earned and contributed income from new sources; developed numerous arts-education initiatives for young people including A Little Shakespeare, an annual production of one of Shakespeare’s plays performed by high-school students; and designed and completed a significant building expansion on the theater’s campus.

Dias launched Two River’s first literary department and created a robust commissioning and new work development program. Since his arrival, the theater has produced twenty world premieres, ten of them commissions (including Hurricane Diane by Playwright-in-Residence Madeleine George, which enjoyed an Obie Award-winning Off-Broadway run, and Be More Chill by Joe Iconis and Joe Tracz, the theater’s first Broadway and London West End production) and developed numerous other plays and musicals. He is the co-author and was the director of Two River’s musical The Ballad of Little Jo, which he wrote with composer Mike Reid and lyricist Sarah Schlesinger.

He has spearheaded annual initiatives to nurture artists and bring their work to Red Bank to delight our audiences, including: the Crossing Borders (Cruzando Fronteras) summer festival of new plays and music by Latinx artists; a musical theater cabaret in partnership with New York University’s Graduate Musical Theatre Writing program; a week-long retreat for playwrights from the New York-based company Clubbed Thumb; and the Emerging Playwrights Group and reading series.

The diversity of representation through the art and artists on its stages has made Two River a theater that rightly reflects the fullness and vitality of its surrounding community.

Hurst has grown the theater’s annual operating budget by 40% over the past 10 seasons through expert financial and staff management. Since his arrival, contributed income has doubled and the theater has consistently reported annual balanced budgets or surpluses, increasing Board Designated Reserves by 200%.

His leadership and vision to expand the theater’s campus has resulted in the development and construction of the Center for New Work, Education and Design – a 36,000 support facility that was completed in December 2019. He also spearheaded the opening of the Victoria J. Mastrobuono Patron Lounge and renovation of the theater’s entry plaza which now includes an outdoor performance stage.

As a champion of new work development and community engagement, Hurst worked closely with Dias to support the theater’s commissioning program and Inside Two River audience development program. He also spearheaded the creation of Two River’s first original cast recording of Be More Chill which was recognized as the #4 most streamed cast album of the past decade—coming in behind only Hamilton, Dear Evan Hanson and Wicked. The album’s success is a global phenomenon, which led to Be More Chill on Broadway, Two River’s first Broadway production.

Two River Theater is seeking applicants to serve as its next Artistic Director.  Management Consultants for the Arts is facilitating this search and information on the opportunity and application process can be found at https://mcaonline.com/searches/artistic-director-trt.