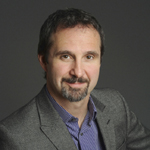 John Dias assumed his position as Artistic Director of Two River Theater in 2010 after working as a producer and dramaturg in New York for 20 years. In partnership with Managing Director Michael Hurst he has brought new acclaim and vitality to the 25-year-old theater, which will open a three-story Center for New Work, Education and Design in August 2019. Dias launched Two River’s first literary department and commissioning program; during his tenure Two River has produced 14 world premieres (including Hurricane Diane by Playwright-in-Residence Madeleine George, which enjoyed an Obie Award-winning Off-Broadway run, and Be More Chill by Joe Iconis and Joe Tracz, the theater’s first Broadway production) and developed numerous other plays and musicals. He has spearheaded new initiatives for the theater including the Crossing Borders (Cruzando Fronteras) summer festival of plays and music by Latinx artists; an annual musical theater cabaret in partnership with New York University’s Graduate Musical Theatre Writing program; and the popular education program A Little Shakespeare, which introduces the works of Shakespeare to hundreds of young people each year. Under his leadership, Two River serves thousands of students and community members each season through arts and humanities programs at the theater, in schools, and throughout Monmouth County. He is the co-author and was the director of Two River’s musical The Ballad of Little Jo, which he wrote with composer Mike Reid and lyricist Sarah Schlesinger. Throughout his career, John has been a leading advocate for bold new American plays and stimulating productions of the classics, including the Broadway productions of Lisa Kron’s Well and Shakespeare’s The Tempest. For 12 seasons, he worked in a variety of capacities at The Public Theater/New York Shakespeare Festival, and he co-founded Affinity Company Theater and The Playwrights Realm. He has been a Tony Award nominator, a consultant for the National Endowment for the Arts and numerous other organizations, and he has taught at New York University and Yale University. John currently teaches in the graduate school at Columbia University. He received his BA from George Washington University and his MFA from the University of Massachusetts at Amherst. 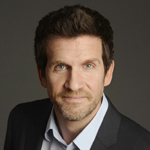 Michael Hurst has been the Managing Director of Two River Theater since 2011. Under his joint leadership with Artistic Director John Dias, Two River has experienced ambitious growth and enjoyed new recognition in the national theater community, and will open a three-story Center for New Work, Education and Design in August 2019. During his tenure, Two River has embarked on two Strategic Plans; produced 14 world premieres (including Hurricane Diane by Playwright-in-Residence Madeleine George, which enjoyed an extended run Off-Broadway, and Be More Chill by Joe Iconis and Joe Tracz, the theater’s first Broadway production); developed numerous other new plays and musicals; and launched the Inside Two River audience-engagement program, which reaches more than 5,000 patrons annually. Prior experience includes 16 years at The Public Theater, including four years as General Manager and six as Managing Director. Michael was responsible for all financial aspects of the productions at The Public Theater and Central Park’s Delacorte Theater. During his tenure at The Public, he oversaw the Broadway transfers of many productions, including Topdog/Underdog by Suzan-Lori Parks, winner of the Pulitzer Prize for Drama; Take Me Out, winner of the Tony Award for Best Play; and Tony Kushner and Jeanine Tesori’s Caroline, or Change. Michael was also part of all strategic planning including the opening of Joe’s Pub, now considered one of the country’s best small venues for music and performance. Prior to coming to Two River, Michael was Chief Operating Officer of the Film Society of Lincoln Center, which presents the New York Film Festival. At the Film Society, he oversaw the building of a new three-theater, $40-million facility that opened in June 2011. Michael served as Vice President for The Off-Broadway League and was a member of The Broadway League for 14 years.  He is a graduate of Rutgers University and currently serves on the Board of Trustees as Vice Chairman for the New Jersey Theatre Alliance and on the Advisory Board for the Indie Street Film Festival.