Join us for a series of online readings to benefit Two River Theater and partner non-profits.

We miss seeing you at the theater, enjoying our productions together. Until then, we are keeping the love of theater going through curated digital content to share with you all!

As a central part of our mission, Two River Theater is committed to contributing to great American theater by nurturing and producing the classics of tomorrow. Since its founding, Two River has commissioned 16 original plays, adaptations, and musicals. Many productions that started at Two River Theater (including plays that we have commissioned, developed and premiered) have gone on to acclaim in other theaters around the country and internationally.

Recognized as one of the top ten regional theaters in the nation by USA Today (June 2019). Two River Theater is committed to creating great American theater by developing and producing work by some of the country’s leading artists.

DISCOVER
About the Theater

Our Center for New Work, Education and Design is now open. The Center allows us to grow the impact and reach of our education programs, new-play development activities, and many free community events we offer through our Inside Two River program.

WE WILL BE HERE. BECAUSE OF YOU.

Your donation, of any amount, will help to ensure that we are ready for you when we open our doors again.

WAYS TO SUPPORT US DONATE NOW

All you need from getting to the theater to suggestions on local eateries and hotels.

Two River Theater is proud to be recognized for its leadership in making its programs and facilities accessible to people with disabilities.

A look Inside Two River Theater

To view our space in detail, in advance of your visit, please view our virtual tour, created in partnership with Google. 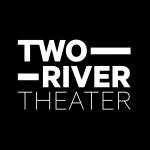 Please support the theater while we are closed and help us prepare for when it is safe to gather again.